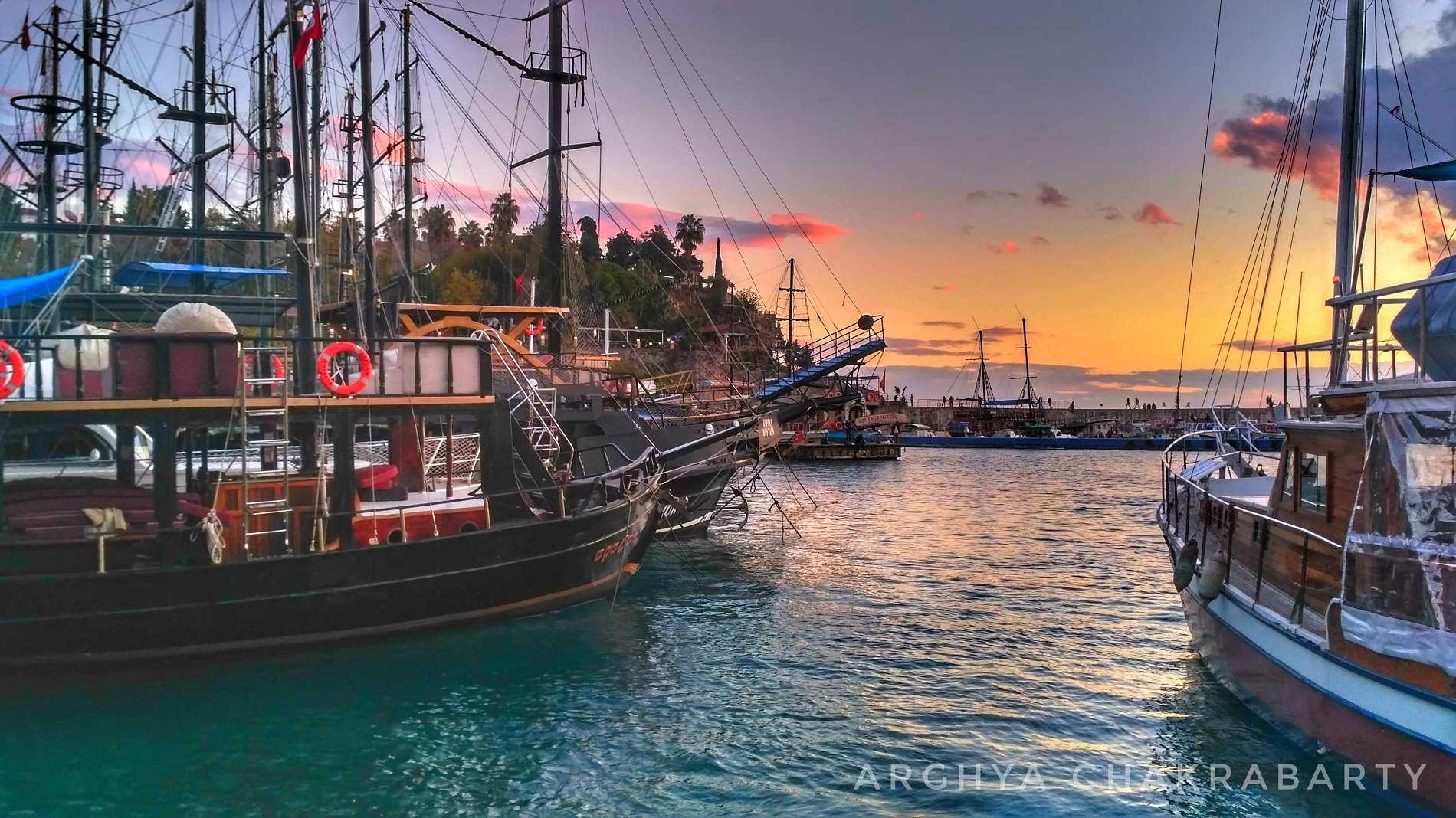 In this post, we’ll see how does async-await work in .NET platform. The keyword pair Async-Await was introduced in C# 5 as a way of writing cleaner (synchronous-like) code for asynchronous operations. With use of async-await, a method can be written which looks very similar in structure to standard synchronous code, but can work asynchronously without keeping the calling thread busy.

Here, we’ll look at a typical async method, and see how they work practically, without going too deep in the implementation details.

A typical example of Async-Await

First let’s look a typical asynchronous code written with async-await. This sample method, on a high level, makes a heavy/long-running call to get a message string and then returns the length of the message.

The method GetMessageLengthAsync() calls a long-running (takes considerable amount of time) method GetTimeTakingMessageAsync() to get a message string. While that is being processed, it does some other work DoIndependentWork() which is independent of the message value. Then it suspends the flow and asynchronously waits for the message work to complete. Once completed, it does some processing that is dependent on the previous result (calculate the message length), and finally returns the result.

Note that we are taking the GetMessageLengthAsync() as the sample async method. The GetTimeTakingMessageAsync() that is called from inside, is just another async method, but that is not target of the discussion.

an async method basically means, it can run in background, leaving the calling thread free to do other stuffs. The single most important thing to understand here is, the method suspends the current work-flow at await and waits for the long-running task to complete asynchronously, without blocking the calling thread. That means, the thread that originally had called GetMessageLengthAsync(), gets free at this point, leaves the method and takes control back to the original calling location. Later, when the long-running task completes, the method resumes and executes the rest of the code. Read along for more details.

Well, what happens after that? Before the original calling thread leaves at await, the runtime captures the current SynchronizationContext and the TaskScheduler and internally creates a continuation workflow. Now the calling thread leaves the method, and is free to do other tasks. Meanwhile the long-running work that was started, keeps running in the background. Note that the GetTimeTakingMessageAsync must also be an async method for our code to work. But the actual implementation does not matter.

Once that long-running (get the message) work is complete, the runtime uses the captures context and/or scheduler to schedule the remaining work of the method, as appropriate. And eventually the rest of the method completes and returns the final int value.

The method looks pretty similar to a synchronous method in structure but there are few significant differences. The main things to notice about the method are

The await is the part which actually turns the method asynchronous! Roughly it means, now it wants the work to be done and get the result, but asynchronously! When the execution hits the line with await - it first checks if the work has already completed. If yes, it simply continues as normal synchronous method. Else the current executing thread suspends the work-flow of the method, captures the current context, and returns from the method to the calling method. So, the main thread can continue executing other works in the calling method, and the awaited task continues in the background. Once that task completes, the method resumes from the await point, on the captured context.

The return type of a async method can only be Task, Task<T> or void. As a general suggestion, avoid using void return type, as that makes the method non-awaitable, i.e. the method cannot be used with await from another method in a non-blocking way (unless we just want to fire-and-forget). Also exception handling becomes complicated. If there is a result to return, use Task<TResult> or just use Task.

Now, interestingly, notice our sample method for once. The method actually returns just an integer (message.Length), but the return type is Task<int>! How does that work? This piece of magic is done by the async keyword. In simple terms, it just means that, the method returns an integer, but does that asynchronously after the control was already returned from the method. See the next section.

The “Async” suffix to the method is totally optional, but it is the general convention to name async methods that way so that it’s easier to read and notice.

Before we explore the control flow in a async method, let’s first understand what happens to the code when it is compiled. In compilation, the compiler basically (talking it in an overly-simplified way) creates a continuation for the part of code, that is after await. This continuation is implemented as an auto-generated class with a state-machine. The state-machine has 2 states - incomplete, complete (just giving some names for easy understanding). Initially, when the work is started, it goes to incomplete state. Later, when the awaited work is complete, the state-machine goes to complete state, and the next part of the code is kicked off.

So, basically the compiler breaks the method at await and puts the rest of the code as a continuation with a state machine to control the continuation.

We’ll take the above simple code as an example for the control flow. But the working principle stays same for any async method.

A very common question around async-await is, are there any new thread created for ths asynchronous process to execute?

So, when is thread pool thread used? If not, how does the work complete without a thread!

Before answering this, first lets understand that generally there are two types of work that are done asynchronously - CPU bound, and I/O bound. A CPU bound work is something that does some heavy computation, like running some formula along a huge set of data. This needs continuous CPU involvement. This will need a dedicated thread, and will generally use a ThreadPool thread. On the other hand, I/O bound work is something that depends on something outside the CPU system. For example, time to get response from a web service, or to write data to a disk. This type of work may not need any dedicated threads (the network or disk driver may handle it by themselves). Only few time-slices of thread(s) are used just for start/stop/progress notification.

Now that we have understood (at least on a high level), what happens during compilation & run-time, we know the framework is actually doing bunch of additional works to make it work. It is creating task continuation and scheduling them. It is also managing the threads etc. Because of all these, additional time and resource are used. So, it is not advisable to add async to very lightweight methods, as the overhead might outweigh the benefits.

So, we talked about “captured context” multiple times. What does it mean actually?

Note: Things to remember
[1] It’s the return type that makes it awaitable. Because the method returns Task or Task<T>, the method can be await-ed from another method. Not because it has async in signature, or it uses await inside it’s body.
[2] Async all the way - if a method towards the end of a calling hierarchy is async, it’s better to make the whole hierarchy async, up till the entry point method. This helps in keeping the whole process un-blocked, also the whole code follows same standard. For some discussion, see this and this.
[3] Do not make all methods async - do NOT make all your existing code async, just becaue you can. As discussed above, that might degrade performance in some scenarios. Can also lead to deadlocks if done incorrectly.

Note: The standard classes provided by the framework for I/O works, all supports async operations. These are well designed, and should be used in place of the synchronous counterparts whenever they make sense. For example, File.WriteAllBytesAsync() or HttpClient().GetStreamAsync().

Note: To easily share data throughout an asynchronous workflow, you can declare your variables as AsyncLoacal. These data will be shared across the async flow irrespective of the threads. Also, take a look at ThreadLocal, which can be used to attach some data with the current thread.

This concludes our discussion on “how does async-await work”. In the Part II of this post, we’ll look at some general usage scenarios and see how to turn a synchronous method to asynchronous step-by-step.

All posts in the series - Tasks, Threads, Asynchronous